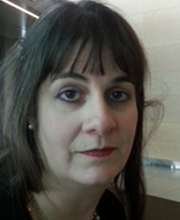 Renee Fabus, Ph.D., CCC-SLP, TSHH is the Founder/Chair of the Speech Language Pathology Department at Stony Brook University. She received her bachelor's degree from New York University, her master's of science degree in Speech-Language Pathology from Teachers College, and her master’s of philosophy and Ph.D. from Columbia University. In September 2020, she received a Graduate Certificate in Higher Education and Leadership from University of Massachusetts at Amherst.

Dr. Fabus is a certified speech-language pathologist for over 20 years who has practiced in a variety of medical settings. She has taught and supervised in programs in the New York City area. She has presented and published articles and books in the areas of stuttering, dysphagia, speech sound disorders and interprofessional education. She has and continues to serve on various regional, state and national committees including being the Past President of the Long Island Speech-Language-Hearing Association and serving on a telehealth committee for the National Academies of Practice and the American Interprofessional Health Collaborative. Additionally, she is currently serving as ASHA SIG-15 Gerontology Editor and on the editorial board of Dysphagia.

Additionally, Dr. Fabus created an advanced graduate certificate program in Bilingual Education in Spanish in collaboration with Dr. Sarah Jourdain (College of Arts and Sciences) which is housed in the School of Professional Development at Stony Brook University. Drs. Fabus, Jourdain and Shideler received a Clinically Rich Intensive Teacher Institute grant in the amount of $549,750 to offer two Clinically Rich Intensive Teacher Institutes  — one in Bilingual Education (BE) leading to a bilingual extension and a second one in English to Speakers of Other Languages (ESOL), which allows candidates to apply for a certification in ESOL 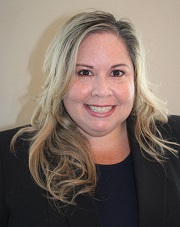 Elisabel Chang, MS, CCC-SLP, TSSLD-BE, received her Bachelor of Arts degree from the City University of New York—Brooklyn College, and her Master of Science degree in Communication Disorders: Speech-Language Pathology from Adelphi University.

Ms. Chang is a licensed and certified bilingual speech-language pathologist in New York and Florida who has practiced in variety of settings.  She began her career with the New York City Department of Education (NYCDOE) as a Bilingual Speech-Language Pathologist, where she worked with preschool and school-aged English Language Learners with language and literacy-based disorders.  Elisabel also previously worked with medically fragile patients in a home health setting.  She provided intervention to students in an integrated preschool setting, as well as clients in private practice.  In addition, Ms. Chang worked as a diagnostician where she implemented linguistically and culturally responsible methods to determine language disorders vs. language differences for students in Nassau and Suffolk Counties, as well as the NYCDOE.  Most recently, Ms. Chang served as a Clinical Instructor at the University of South Florida (USF) where she instructed graduate students in their Pediatric/Language-Phonology Practicum.  As a Clinical Instructor at USF, Ms. Chang served a diverse community while helping graduate students transfer their academic knowledge to clinical situations while using evidence-based practices (EBP) and developing their clinical judgment.  She also educated students on the administration of culturally and linguistically responsible evaluations using standardized and non-standardized measures.

Ms. Chang’s primary clinical interests include providing culturally competent assessments and differential diagnosis for linguistically diverse students.  While at USF, Ms. Chang developed a pilot program where graduate student clinicians, under her guidance and direction, performed differential diagnosis of language difference vs. disorder for school-aged children from a local school district.  During the evaluation process, the school based SLPs participated and were trained on best practices for differential diagnosis.  Elisabel has also provided district-wide professional development to staff SLPs and lectured to graduate students on topics such as Cultural Competence in Speech-Language Pathology, Diversity and Inclusion in Speech-Language Pathology, Equality vs. Equity in Speech-Language Pathology, Language Difference vs. Language Disorder, Non-Standardized and Dynamic Assessments, and Culturally and Linguistically Responsible Evaluations.