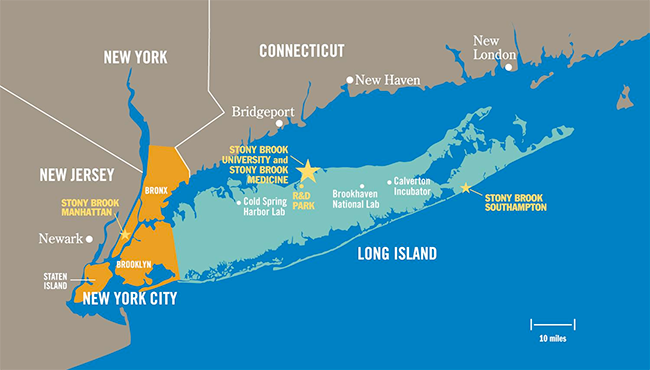 (Eastbound from the Queens Midtown Tunnel in Manhattan or the Throgs Neck Bridge or Whitestone Bridge in Queens ) to Exit 62 - Nicolls Road North (Route 97). Continue north for nine (9) miles. When you cross over Route 347, proceed to the second traffic light and make a right to the main entrance. (You will see signs for Stony Brook University Hospital and the Emergency Room on the right.) At the next light, make a left and go into the hospital parking garage. Walk into the main lobby of the hospital and proceed towards the cafeteria. You will see escalators to the right of the entrance of the cafeteria. At this point, you are on Level 5 of the Health Sciences Center. Proceed down to Level 2 via the escalators. You can also get to the School of Health Professions via the Northern State, Southern State, Route 347, Route 25, Route 25A, and Route 27A. Please call the School of Health Professions at 631-444-2252 for specific directions from these or any other locations.

By Plane
The Long Island MacArthur Airport in Islip is 16 miles from the campus and is serviced by direct flights by major airlines and commuter lines. New York City Area Airports (JFK, LaGuardia and Newark ) airports are 50 miles to the west.

By Train
Take the Long Island Railroad's Port Jefferson line from Pennsylvania Station in Manhattan to Stony Brook . The train station is at the border of the campus and bus service to the central campus is provided. Some trains require changing at Jamaica Station and some at Huntington Station. 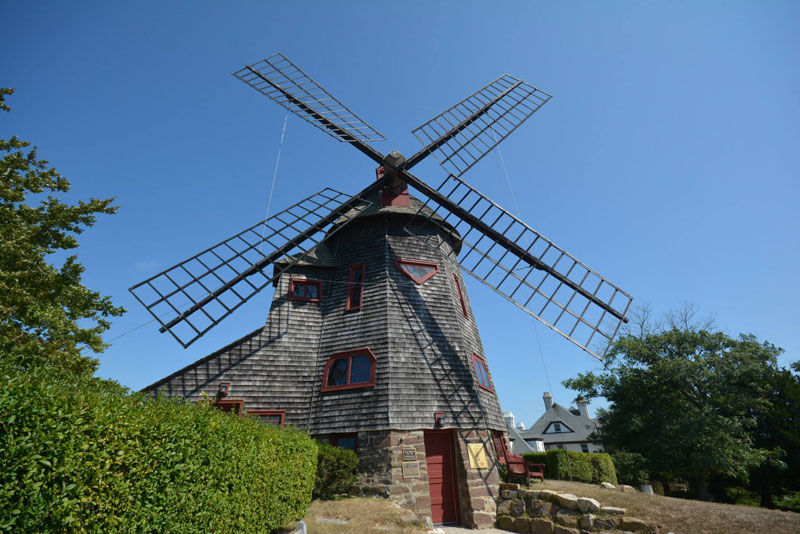 Here is a Google map of our location.

From New York City
Take I-495 (Long Island Expressway) east to Exit 70, then turn right on County Road 111; follow the signs for State Route 27 East/Montauk - Sunrise Highway. Take Route 27 East (which becomes County Road 39) and proceed 19 miles to Southampton Campus. Make right at the traffic light onto Tuckahoe Road. Go past the first entrance on Tuckahoe Road. Turn right at the next entrance.

From upstate New York
Take the New York State Thruway south to the George Washington Bridge, then take the Cross Bronx Expressway to the Throgs Neck Bridge. Keep right on the bridge and follow signs to Eastern Long Island, Cross Island Parkway. Take the Cross Island to I-495 East (Long Island Expressway). Follow directions from the LIE (see above, 'From New York City').

By Train
Take the Long Island Railroad's Montauk Branch from Jamaica Station in New York City to Southampton. (Service from Manhattan's Penn Station to Jamaica runs frequently.) The campus is a short taxi ride from the station. Here is the schedule for the Southampton station.